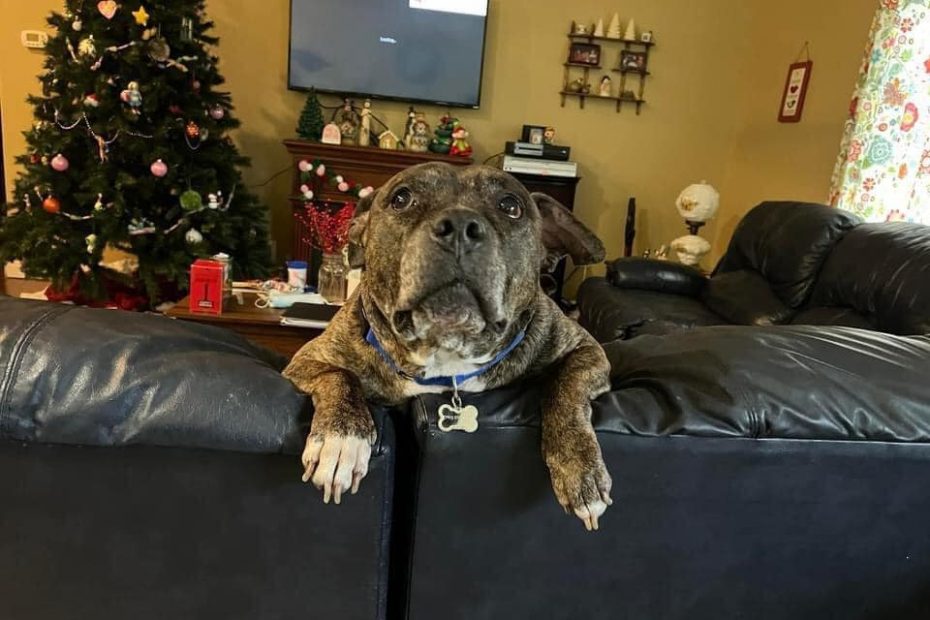 He has quite a story. Papi started on St Croix and was picked up by a partner rescue. He was chained up at an empty house, starving, unwanted. Papi weighed only about half what he should. He was just there, alone and stuck day after day after day. When Papi was rescued, he gave his rescuer an actual, giant, human hug. It’s a trait that has stuck with him since he was saved!

Papi started his medical care and started putting on weight. When he was ready, Papi became a Ruff Start Dog and he flew to a foster in Ohio. He was there for quite some time and we finally had the discussion that Papi would likely stay with them permanently as his foster Mommy had fallen in love, just as all her female dogs had, the male was still on the fence but it was manageable. That next morning there was a fight, not instigated by Papi but he did not back down either. Papi had to leave that day. He was pretty beat up and stayed at a vet for several days.

When he was feeling good enough he went to a new foster (also in Ohio) and he still remains there. He has had no interest for months. His time in foster is running out. He is an old man and heartworm positive (on sponsored treatment) those are two killers when it comes to adoption. Papi is in foster with two little girl dogs and cats that he does great with. He can’t be in a home with other males. He would love to even be an only dog for someone too. There are so many wonderful things about this old boy that far outweigh the obstacles. He just wants a companion to spend his twilight years with.

Are you looking for a best friend but maybe not ready for a 15-year commitment? The adoption fee for Papi is waived and his medical care sponsored if we can find him his perfect home so he can finally be rescued. Papi is 10 years old, 60 lbs, neutered, and UTD on shots. He is in Ohio but can travel.

If you are interested in adopting please email ruffstartadoptions@gmail.com Subject Papi.