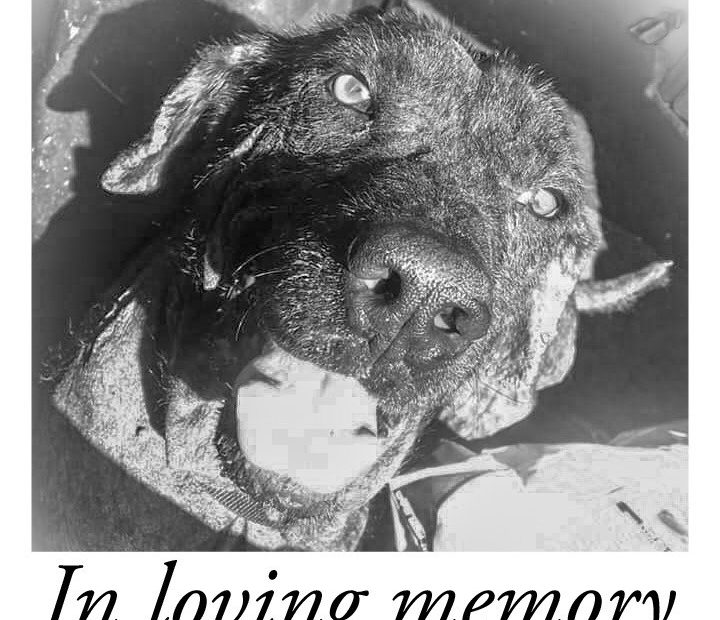 Duke was the dog who started my mission to help the rest and marked the beginning of an idea now known as Ruff Start Rescue STX.

I was at Concordia checking it out and feeding some of the others and a kid came over and started talking to me, asking what I was doing. After a bit he told me there was another dog, and that he needed a vet. I asked him where that one was and if he could show me. He said he lived in an empty building. He walked me over to an abandoned card shack and there was Duke, laying in a corner alone.  He had no fur left, was breathing badly and had noticeable masses on he feet.

I sat with him and he let me pet him and talk to him. I quickly realized the only way I was getting him out of there was to pick him up and carry him.  He let me. I loaded him in the back of the jeep and brought him home with me.  I made a little area for him in my spare bathroom for the night. I knew he was a dog that would probably not be saved but I feel in love with him.  In the morning I took him into Sugar Mill Vet Clinic. I think a few people thought I was crazy. We quickly found out he had advanced heartworm, obviously severe mange and infection, and much more testing would be needed to determine further issues.  It was going to be expensive. I still just couldn’t give up.

A few kind people had already reached out about wanting to help him, so I asked those people to donate to his cause with the understanding that this might not mean saving his life, it would just help us determine if there was anything we could do.  Any leftover money, should there be any, would go towards helping the rest of the dogs there.  After a week or so, it was determined that the masses were cancerous and the cancer had already spread to his lungs. He would not even be a heartworm treatment candidate, as his heart and lungs were already so compromised.

I asked to take Duke home for his last week so I could give him love, giant meals, and freedom. He was on medication that made him feel better and good enough to go on walks, jeep rides, play with my dogs, and be loved for his final days. On the last day I went with him and sat on the floor with him as he went to sleep no longer in pain.

I promised him I would help his friends and not let them be alone.